Well-known Stanley supporter and author, Darren Woodhead, is back at his word processor and has a treat in store for fans.

My Football Life will be Darren’s seventh book, spanning almost twenty years, but is completely different to anything he has written before!

His previous six publications have concentrated on documenting the historical facts around football, primarily Accrington Stanley and local history and decided it was time to share his own experiences of a lifetime of obsession with football.

Although once again Darren covers many aspects of Accrington Stanley, this book delves in the often humorous, sometimes painful experiences of playing, watching Stanley over the past five decades, travelling around the country and then onto writing, podcasts and just about every aspect of football he has encountered.

This unique book also features many supporters and players who Darren has met along the way, includes dozens of photographs, many of which have never been published before and also features guest writers, including Peter Leatham and Stephen Lowe.

The 52-page publication, produced by Peter Scott Printers, will be in a similar format to the 50 Year Book and will be released in the Summer of 2021 and will hopefully raise some money towards the Accrington Stanley Supporters Trust in the same way the previous book did.

There is an opportunity to subscribe to the book, to have your or a loved one’s name printed in the book at no extra cost and receive the publication before the official release date.

The book is priced at £9 (£11 with postage, £14 overseas) and is exclusively available via the Accrington Stanley Supporters’ Trust.

Please complete the form below to reserve your copy.

Back to The Marketplace 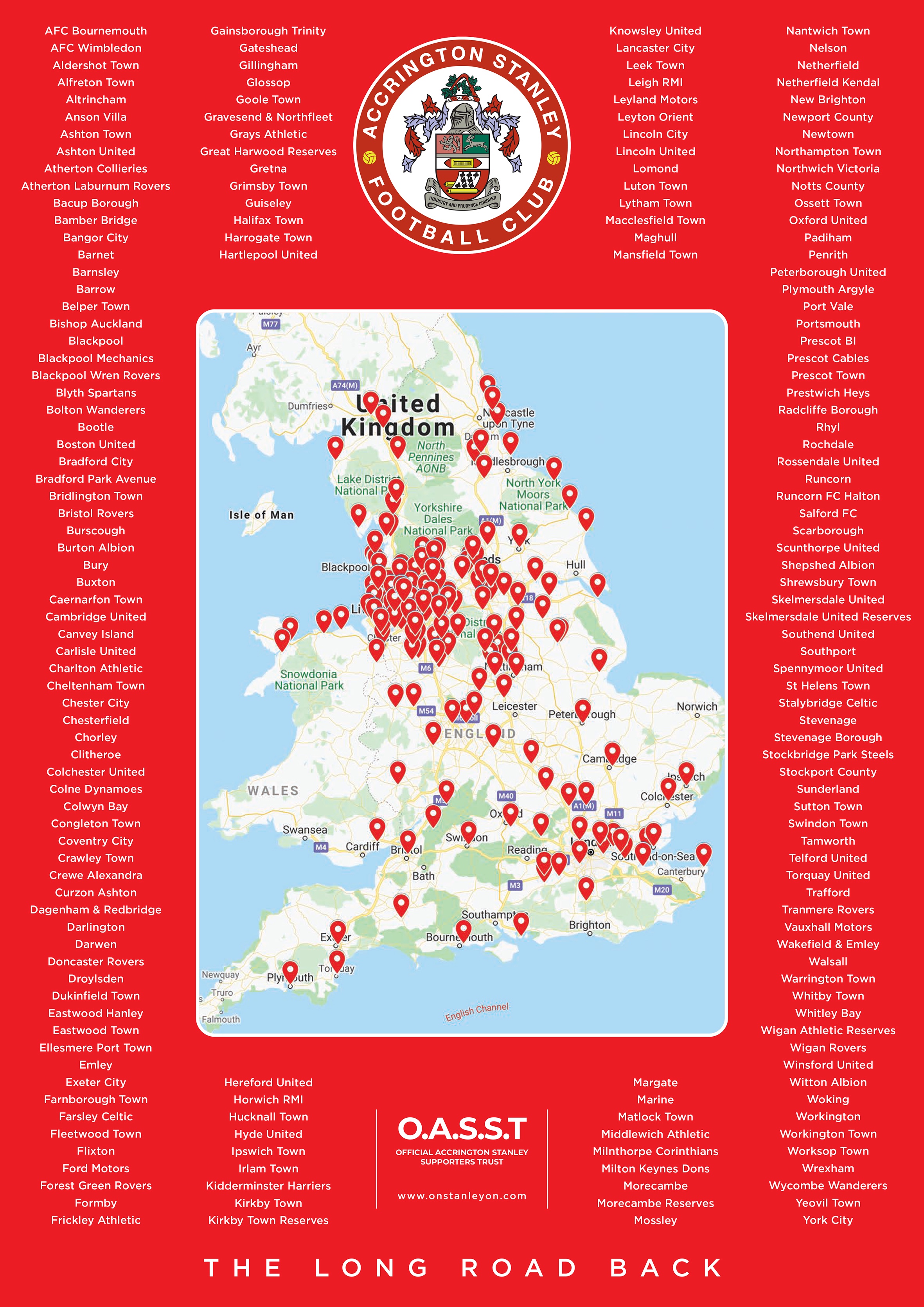 The Long Road Back A must for every Stanley fan, a brand new poster that would look great framed on any wall!The […] 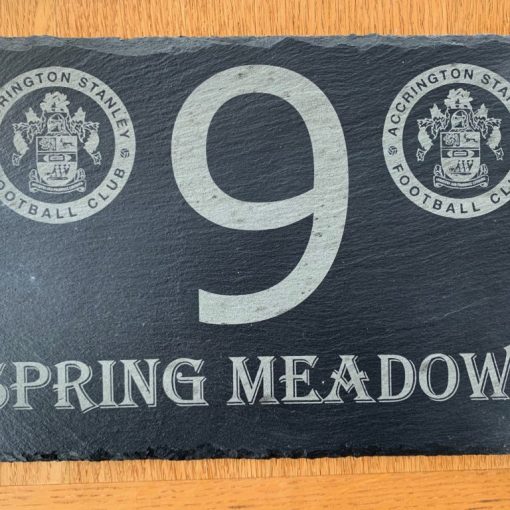 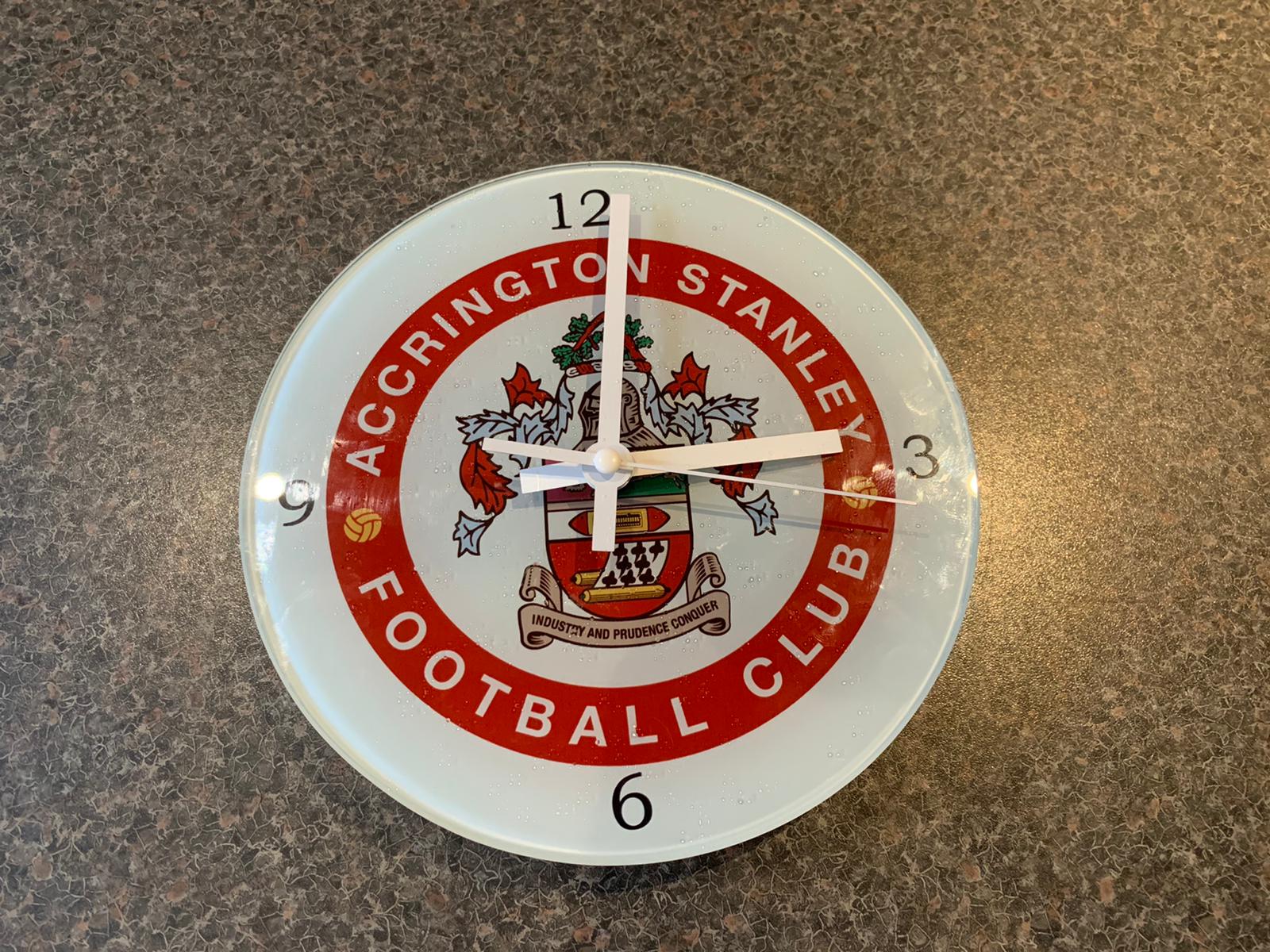 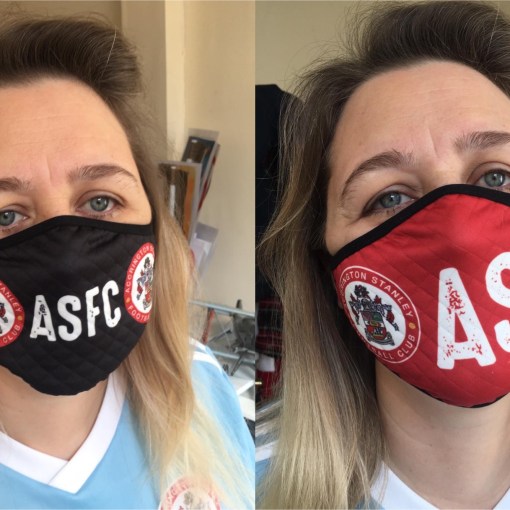 We have a great unique design,  with two sizes and two colours to choose your personal face mask from.They are made from […]