Stanley fans are spread all over the world – all over the UK, too. Here’s the story of two devoted fans from Carluke, in South Lanarkshire

“Back in 2010 with Max taking an interest in football, i decided to take him to see a few live games. Disillusioned with years of watching Scottish football, i decided to sample the English premiership with Max. For the next couple of years, trips to Manchester United, Manchester City, Everton, Stoke City and Blackburn Rovers brought us to the conclusion that “the greatest league in the world “ isn’t all it is cracked up to be.

“Our search for better football took us to Spain to experience the great Barcelona team led by Lionel Messi. The quality of football was breathtaking. This was ultimate football. After three trips to Barcelona and the various premiership games, we decided to try something a little different. Forget the giants, let’s see how the other half live. After scanning the bottom leagues in England, one name stood out “Accrington Stanley “. February 27 2016, Accrington Stanley v Barnet. This was our first visit to the Crown Ground.

“We were greeted with friendly faces who told us if we wanted a bit of atmosphere, we should head for the Clayton End. They were not wrong, from the first to the last minute, aided by the Stanley Ultras, the Clayton End got behind the players with constant singing and encouragement. This was what we found was missing from the big stadiums in England and Spain. Proper football fans getting behind their team, enjoying the match, win, lose or draw. We both loved it and returned soon after.

“Three or four games a season quickly turned into becoming season ticket holders, never missing a game at the Wham Stadium. We now also attend at least five away games per season. For the longer distance away days, as members of the OASST, we take the OASST coach, where we have been made very welcome.”

Max : The atmosphere inside the Wham Stadium, standing on the Clayton End singing with the ultras.

Keith : The friendly nature of everyone connected to the club, from owner Andy Holt to James Cheverton (Chevy) who we stand next to in the Clayton End. Each and everyone has made us very welcome at this amazing club. 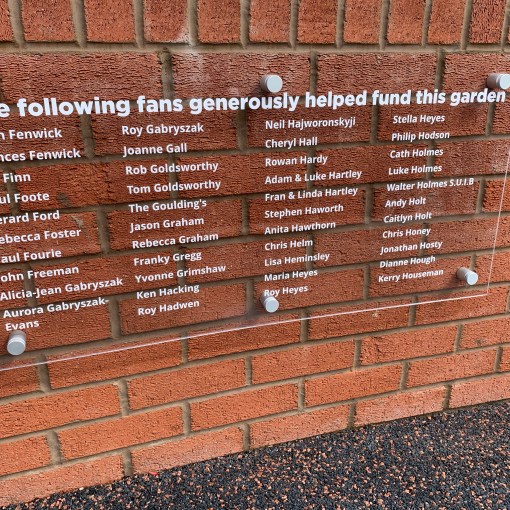 The only thing that is missing is you. Our Stanley memorial garden is now just about complete with just phase 2 of […] 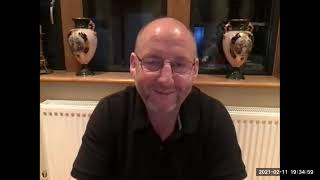