Members’ Newsletter – November 2020
Including Important Information regarding the 2020 AGM

Welcome to the latest edition of the OASST Members’ Newsletter as we move towards the end of what surely must have been the most extraordinary year in football and life in general.

After a promising start to the delayed season, our squad were laid low by coronavirus and we’ve found ourselves with four games to play to catch up; unfortunately our first game back with a convalescent squad was against Tranmere Rovers at Prenton Park in the FA Cup. All the excitement of the cup was missing as we watched on iFollow our lads playing in a silent stadium. The result appears to have been a thrilling giant-killing, given the online comments of the Whites’ fans, so good luck to them for the rest of their run, but Coley’s boys left Merseyside disappointed.

Closer to home, the Supporters’ Trust have been busy in the local community.

The school half term break proved to be anything but for our members, as a number responded to the board’s call for volunteers to help support the efforts of both local charities and Marcus Rashford in delivering free lunches to those who needed them.

Working with the local Hyndburn Hub as well as Lunches 4 Kids we were kept busy all week ferrying packed lunches around the borough to ensure no child went hungry over the school holiday.

Our efforts were both appreciated and lauded by all and it’s something we will look to continue with in the coming months.

Thanks must go to our volunteers for giving of both their time and their fuel in supporting the local community.

Accrington Stanley’s big shirt giveaway continued for the fourth year as over 1200 local year 3 pupils from over 40 schools got their free Stanley shirt.

Unlike previous years the Trust were unable to assist with the project at the Wham Stadium but still had a big part to play in the proceedings.

As the schools were unable to visit the ground in the current climate it was decided to take the shirts out to the schools and that’s where we stepped in.

Volunteers arrived bright and early at the SDA HQ to pick up all the pre packed goody bags to be delivered to all the schools around the borough.

After all the deliveries were complete the schools submitted photographs with the delighted children in their new Stanley tops and these were widely circulated on social media.

So, once again, Andy Holt’s generosity has helped garner yet more young Stanley fans to add to the throngs at the home games.

A tremendous effort by all concerned.

Accrington Stanley fans are always conscious of the stirring heritage of The Pals, and never more so than when Remembrance Day approaches. This year we are unfortunate not to have a home game close to the date, so to compensate, there was a virtual 50/50 draw at half time of our League Trophy game at Barrow on 10th November, with all profit going to the Real British Legion.

We have also sold Stanley/Poppy badges with proceeds going to RBL. 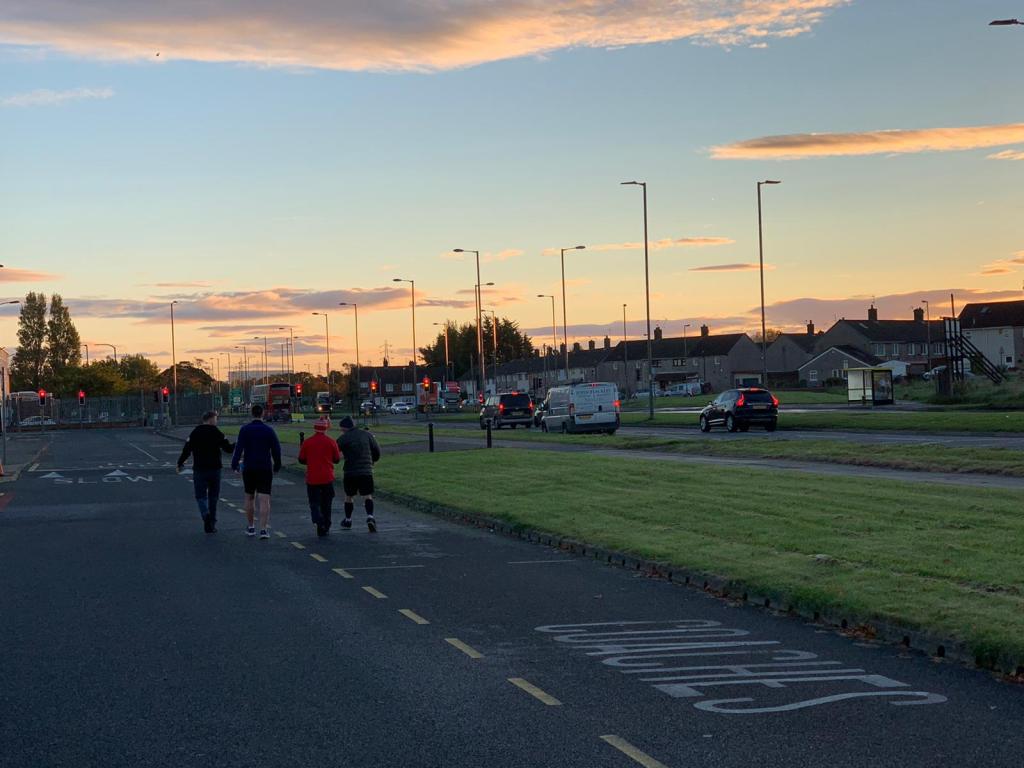 In 1968, Jack Barrett undertook his famous walk to raise both funds and awareness for his campaign to raise Accrington Stanley from the ashes.

Plans to recreate the walk by a large number of Stanley fans had to be curtailed given the continuing need for social distancing and so, on Sunday 11th October, fresh from Stanley celebrating another momentous event – the first home victory over Rochdale for almost Sixty Years – three groups of supporters set off from Stanley Park, home of Liverpool FC; Deepdale in Preston, home of Preston North End; and Ewood Park, Blackburn, home of Blackburn Rovers.

The Blackburn walkers: Carole Jefferson, John Schofield & Jaime Heseltine ( supported by Ken); and the The Preston group: Jason Graham, Lucy Blackledge, Jim Curtis & Darren Woodhead (supported by Adam) set off later for their walks to Accrington, but all arrived safely.

So far about £3000 has been raised  for the Supporters’ Trust funds, but it’s not too late to donate – go to https://www.gofundme.com/f/stanleythewalk 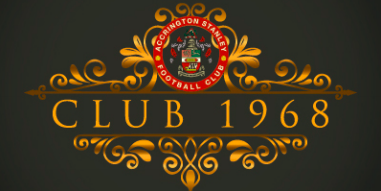 December will mark our 6th Club1968 draw since launching back in June.

Since our launch, we have given out a £1,000 Jackpot to 5 lucky ASFC fans, had a total prize pot of £7,500 and raised an incredible £5,000 to put towards the new Main Stand development at the Wham Stadium.

It’s not too late to enter December’s draw to be in with a chance of winning 1 of 6 prizes, including the £1,000 monthly Jackpot; just email your name and contact number to stanley@club1968.co.uk or contact any of the Trust Board members.

All members should have received a book of tickets please help us raise funds by selling your tickets if unable to sell please return to pete.warbie@sky.com in the stamp addressed envelope provided.

The draw will take place following the AGM on 17th December 2020.

October Player of the Month 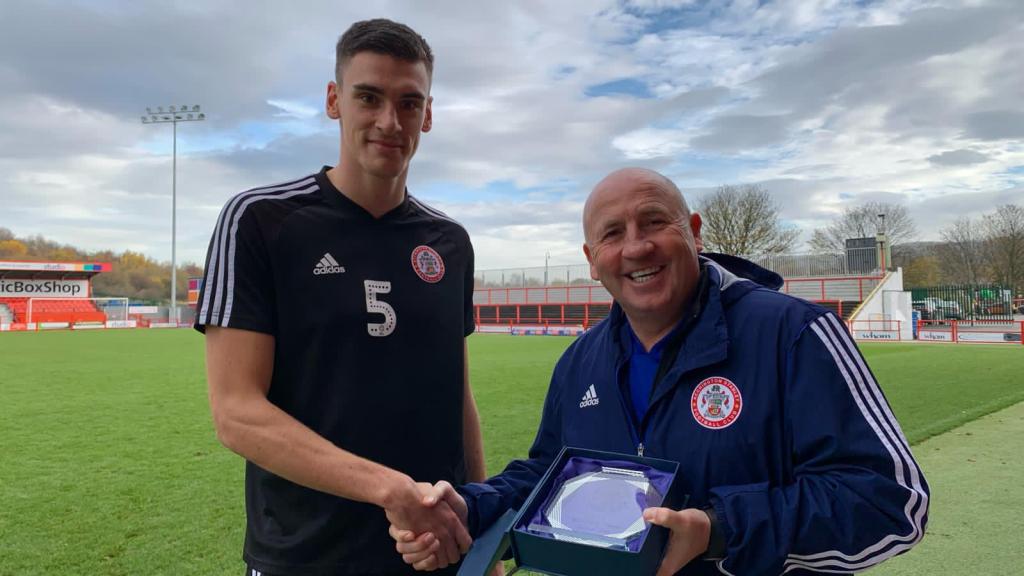 Your Supporters’ Trust October player of the month is Ross Sykes, seen here receiving his trophy from John Coleman.

The November vote will open at the end of the month.

Owing to the ongoing Coronavirus pandemic the meeting will be held online using the ZOOM platform.

1 Welcome from the Secretary

3 Treasurers report and presentation of accounts

4 Proposal to disapply need for an auditor for coming year

5 Election of Trust board members

Please keep an eye on your emails and our website onstanleyon.com for full details.